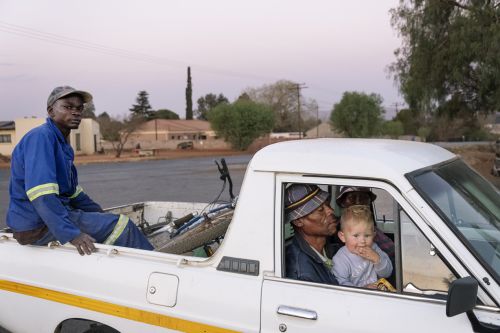 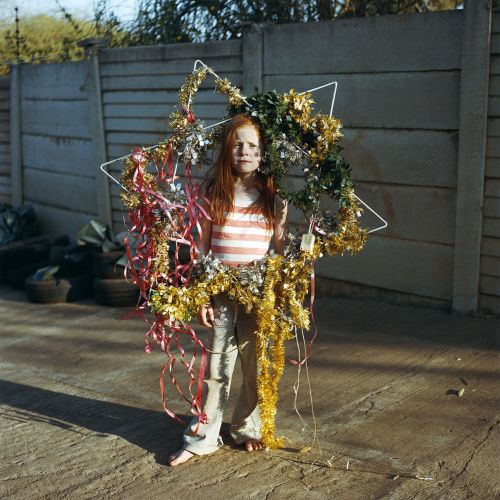 The long-term collaboration between the photographers Lindokuhle Sobekwa and Cyprien Clément-Delmas portrays the suburb of Daleside, which lies south-east of Johannesburg in South Africa. Until the end of apartheid in 1994, this was an industrial and only white workers district, once dominated by the middle class. With the “Group Areas Act” 1950, all South African cities were divided into areas in order to ensure a political, economic-social and spatial segregation into races and classes. Johannesburg, which was still young at the time, could be shaped particularly well into a so-called “Apartheid town”. The racist ideology and the related class system of the apartheid regime remain visible in the urban patterns of order. Sobekwa knows Daleside from his childhood, as his mother worked there as a domestic servant during apartheid. Through her employment relationship she was temporarily tolerated as a Black woman. Meanwhile, non-whites also live in the village, which seems to have completely lost touch with its neighborhood and is characterized by poverty and decay. The prosperous white middle class has long since left Daleside, leaving behind people with no perspective or alternative. The photographic work had to overcome suspicious, hopeless looks of the suspended community towards all extrinsic in order to be able to capture the liveliness in the inevitability of social conditions. Both photographers, with their different social and ethnic backgrounds and individual experiences, their long-standing commitment as well as their mutual support tried to overcome the interpersonal obstacles, which were marked by reticence, racism, and stigmatizations that have been anchored in the minds of the residents for generations. Daleside: Static Dreams” confronts us with a complex heterogeneity of racism and classism, which necessarily requires an intersectional discussion in order to be able to understand the different forms of social inequality.