Gregor Schlatte documents a theater group from Belgrade perfoming a theater play on a makeshift stage in Kosovo. 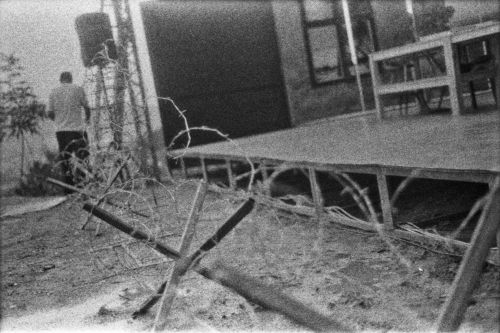 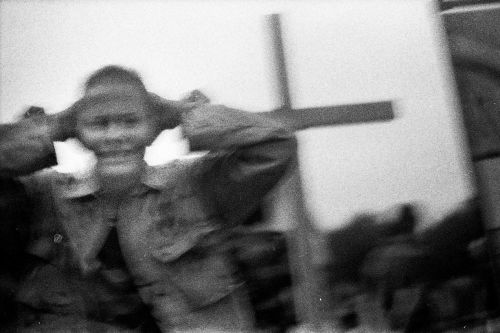 With Kosovoska Mitrovica – Barbwire Gregor Schlatte is showing a different perspective on the northern part of Kosovo than the public one from the media - a microcosm, which is a metaphor for the overall social situation and a reflection on the self-image of the Serb population. His camera focuses on a theater group from Belgrade perfoming the play Barbwire open air on a makeshift stage. The play is about a village surrounded by a barbed wire. Both place and theme of the play, as well as the imagery of the photographs transmit the isolation, remoteness and alienation of the people. In the concentration of these aspects an emotional level and therefore different approach to the story opens up: 'This play has not offered an alternative reality, it has rather doubled it. The feeling of isolation wandered onto the stage and the people from Mitrovica became spectators of themselves.'(Gregor Schlatte)