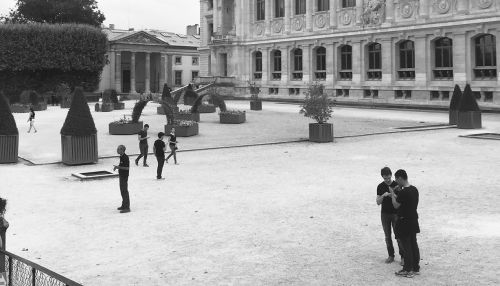 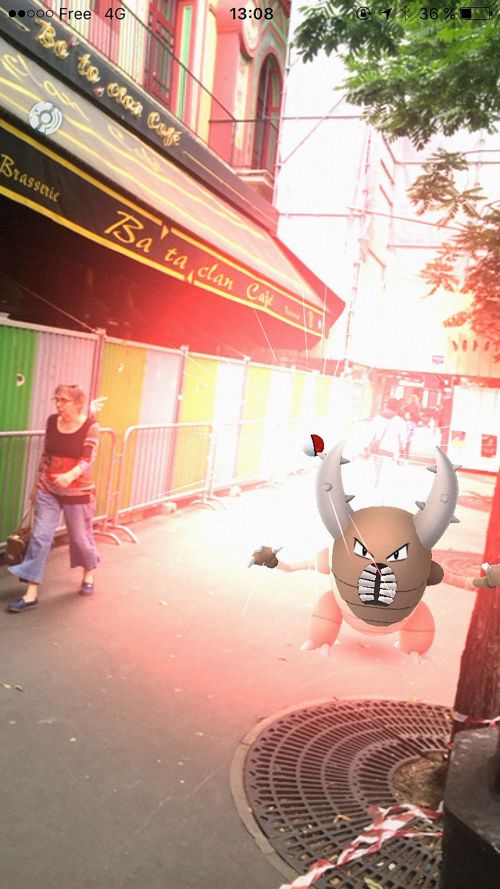 On returning to Paris in summer 2016 after some time traveling, Thomas Dworzak (*1972) was intrigued by slow-moving crowds of people, hunched over their smartphones, walking with a sense of purpose and then stopping suddenly on seemingly invisible marks. They had discovered the augmented reality videogame app sensation “Pokémon Go!”
In order to deepen his understanding, Dworzak decided to download the game himself. He allowed it to be his guide, casually gravitating towards the spots the game led him to, and opening up the app just to see what was there.
Taking both iPhone screenshots and using the in-app camera, which is part of the game, Dworzak began to build up a study of the augmented reality game’s relationship with the physical world, and human beings’ changing relationship to their surroundings.