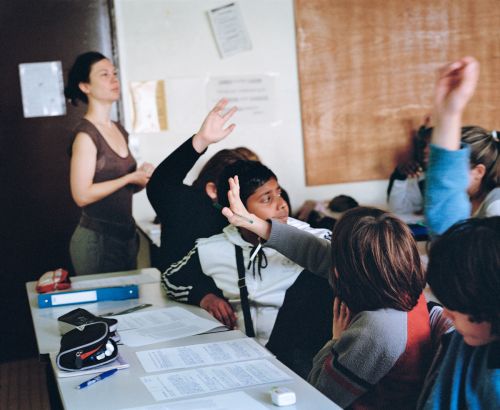 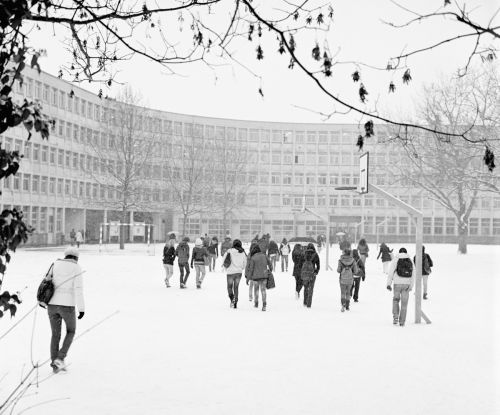 When one sees the photos by Gilles Raynaldy one has the impression that they are film stills from a youth movie for which a school campus was chosen as the location for the action. But far from any artificial or staged scenes, Raynaldy as a silent observer is able to capture authentic moments. His images depict a closeness and familiarity with the photographed persons, which allow the scenes to show such emotion that one feels as if one were a part of the situation. For three years (2009-2011) Raynaldy documented the daily life at the Jean-Jaurès School in Montreuil. The complete work is a visual yearbook, that more aptly describes what takes place than any pupils work on the ups and downs of life among youth and growing up as well as the influence of the school as an institution and the pedagogic experience. The publication which appeared in 2015 is in two parts. The first part comprises the numerous photos of everyday school life while he dedicates the second part to his cooperation with the students to wallpaper and decorate the walls of the school with a selection of his photographs. A collaborative process whose result demonstrates each day who should actually be in the focus.