For three years Robin Maddock has accompanied a police patrol during their work in the Hackney district of East London. 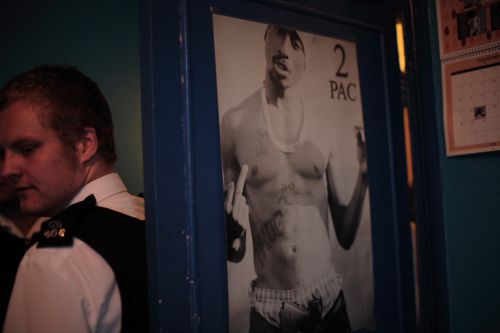 Our Kids Are Going To Hell

'This was the bit of my neighborhood that I wanted to describe in pictures, the people that you share the bus with, the streets but rarely private places', says Robin Maddock about his work Our Kids Are Going To Hell. For three years he has accompanied a police patrol during their work in the Hackney district of East London and aimed his camera on the two sides of law. Maddock does not take a stand for one of them - it remains open who's 'good' or 'evil'. Ironic breaks in the scenarios refer to the fundamental absurdity of an endless, community ritual, in which all stakeholders are always playing their same role. In Maddocks images there's no drama, exaggeration or positioning. The photographer remains an outsider and observer of interpersonal events in his immediate vicinity.