With his victory pose in the European Championship semi-finals 2012 the soccer player Mario Balotelli became the protagonist of a collective visual memory. 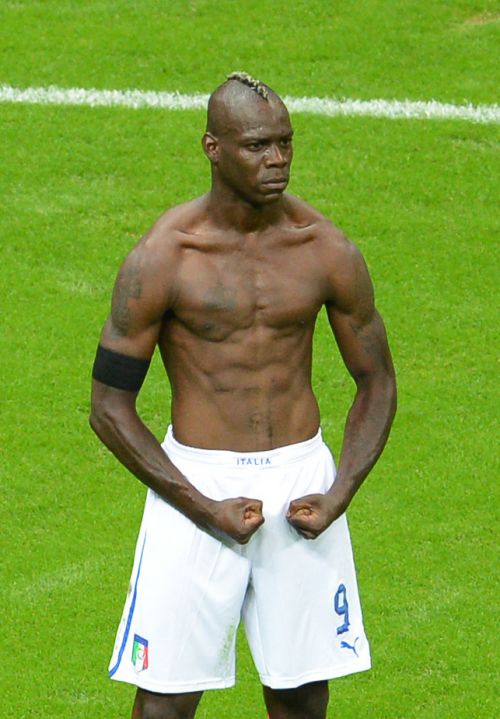 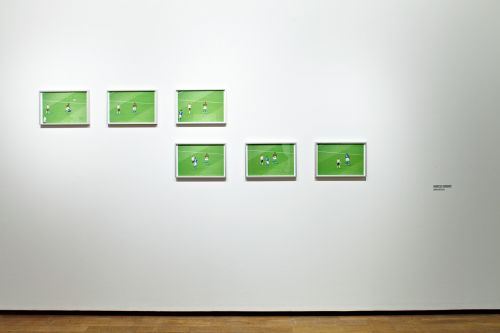 In the European Championship semi-finals 2012 the soccer player Mario Balotelli kicks Germany off the tournament, tears the shirt from his well-toned torso and freezes in a rather untypical bodybuilder pose. All cameras are pointed at him, also the one of dpa photographer Marcus Brandt. The following use the picture eludes the control of the portrayed and the photographer: in countless montages the image circulates the network world. The manipulations of the image are obvious and do not try to hide behind a supposed credibility. The point is not to create a perfect re-enactment, but to share and be part in a common event. The most varied objects are placed in the hands of the soccer player; his face appears in iconic images of music, film and politics - and eventually even becomes an icon itself. Mario Balotelli is the protagonist of a collective visual memory, which finds its visualization in the extensive, grassroots but also uncontrollable world of the internet and shows the virality of images and information.